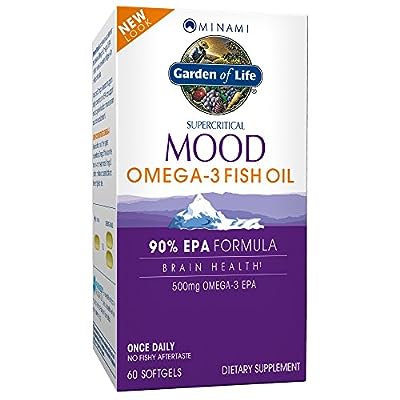 We are proud to offer the superb Minami Nutrition PlusEPA, 60 softgels.

With an abundance of great value supplement products available right now, it is good to have a brand you can trust. this product is certainly that and will be a great present.

For this nominal price, this item is generally approved and is a regular choice with lots of our customers. They have provided some great touches and this results in good value purchase.

A recent test was carried out under professional supervision involving 82 children between the ages of 7 and 12. 40 children consumed 1 capsule of PLUSEPA each day and 42 other children were given a placebo over a 15 week period.

Parents, teachers, health workers and the subjects did not know what they were taking. After 15 weeks the teachers produced an objective evaluation of the impact of the test on pupils and support it provided:

The study showed that according to the teachers, their students were less oppositional (i.e. less rebellious) and had improved concentration when they were taking one capsule a day of PLUSEPA.

95% concentration Omega- 3 supplement. One capsule of PLUSEPA contains 500 mg EPA, with zero DHA. Each capsule has been supplemented with 11 mg of natural tocopherol extract to prevent the Omega-3 fatty acid from becoming rancid. Gastro-resistant capsule.

PlusEPA is a unique, one-of-a-kind Omega-3 formula. Minami uses patented technology that allows for the first 90% pure EPA formula available in the United States. Omega-3s are noted for their ability to support cognitive function and mood. Like most of the Minami formulas, PlusEPA is a once daily formula, offering 500mg EPA per serving. PlusEPA is the first Omega-3 formula available that features a 95% concentration of Omega-3smeaning more Omega-3s and less fillers like saturated fats. For anyone looking to see the benefits associated with a pure EPA formula, PlusEPA is the smart choice.